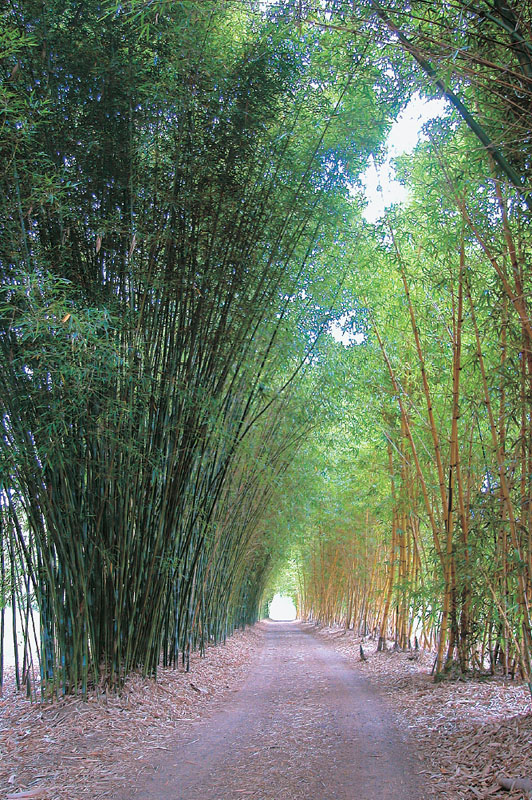 Having survived extremes of drought, arctic frosts, floods and divorce settlements, the farm is still recognized as Australia’s leading source of bamboo information for growing anything relating to living bamboo plants or the supply of poles and manufactured bamboo such as bench tops and flooring.

A range of 250 species of top quality bamboo plants are available in our specialist nursery to suit the home gardener or professional landscaper to screen out the neighbours, establish an environmentally friendly hedge or use as a spectacular feature plant.

If a living plant is not appropriate then rolls or panels of bleached or black poles can be utilised as well as individual poles ranging in diameters from 10 – 160mm in various lengths. We continually supply bamboo poles for Antarctic expeditions, Womadelaide, Port Fairy festival, Woodford Folk festival and numerous other stage and theater productions in addition to shopfitters looking for an alternative display.

How did Bamboo Australia come about?

“My first recollection of Bamboo was walking through a magnificent archway of tall exotic greenery that whispered in the breeze enfolding me with tranquillity and coolness on a hot summers day. I was in the Melbourne Botanic Gardens during World War 2, my dad was away with the Navy….”

‘Mr. Bamboo’ is the name by which Durnford Dart is popularly known today throughout Australia. From farmers to manufacturers, related product producers, to purpose cultivation specialists, Durnford Dart is generally acknowledged as this country’s Bamboo growing and marketing expert.

After serving 6 years in the R.A.A.F. and building a highly successful business in the Auto Recycling business, his love for the land ( he was raised on a farm ) led him to establish, in 1989, ‘Belli Bamboo Parkland’ located west of the popular seaside resort town of Noosa Heads in Queensland.

He is now recognised in the massive Asian Bamboo Industry through scores of fact finding visits, co-operative planting programs and bamboo variety experiments here in Australia. His thirst for knowledge has led him to China, Thailand, Japan, U.S.A, Costa Rica and many other countries world wide where he has lived and worked on farms in most countries collecting valuable information to share with Australians. He was contracted as a consultant by the Bank of China to assist in the supervision in the planting of a 300 m2 garden of Moso (Phyllostachys pubescens) in the bank’s new headquarters building in Beijing. Such is his global recognition.

He has campaigned successfully to educate the populace on the benefits of growing our wonderful environmentally friendly renewable resource. Over an eight year period he conducted some 40 workshops and open days at Belli Park, participated in workshops and acted as a Bamboo consultant within Australia and world wide. This specialist information has proven to be beneficial to all the bamboo enthusiasts with whom he has had contact.

It was Durnford Dart and Dr Kerry Walsh of UCQ who initiated and secured funding from RIRDC to collect data that is of benefit to today’s growers.

Over the years “Mr Bamboo’s” Bamboo Australia has supplied clumps of bamboo (in excess of 15 metres tall) to the Chadstone Shopping Centre in Melbourne, as part of their refurbishment program, sent full 40ft container of poles from China to the city centre of Berlin where the Melbourne performance group “Bambuco” erected a structure for Aerial performances, procured other similar containers for a performances in Melbourne, Moscow, Singapore, London, Manchester, Antwerp & Lille. He also sold a container of Bamboo curtain rods to a company in Dallas and bamboo fishing poles to Western Samoa. He regularly supplies bamboo poles to the Australian Antarctic expeditions. 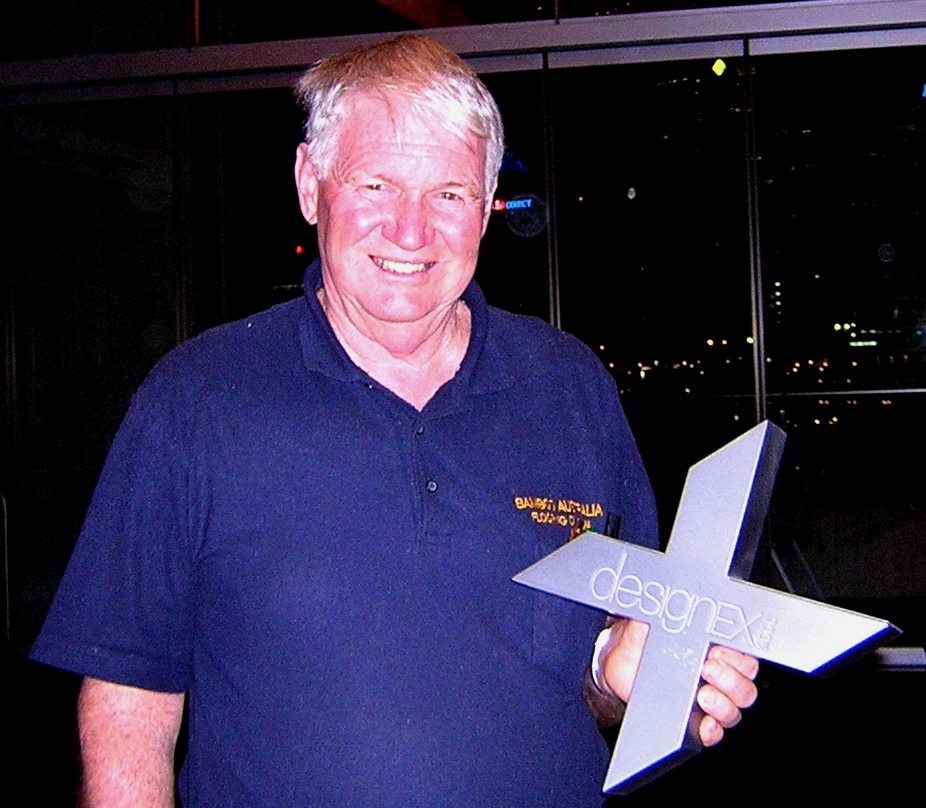 Following the success of a major flooring installation at the Couran Cove resort he evaluated the demand for Bamboo flooring in Australia to determine the viability of a new business venture. Taking into consideration his Chinese connections and the demand for alternate eco friendly building materials, it was determined that a Bamboo flooring outlet/warehouse would be a viable business if located in an area commensurate with the product.

The Flooring Division of Bamboo Australia was established during November 2003. It supplies the imported flooring, bench tops and other associated bamboo products to national distributors and local consumers in ever increasing quantities. Substantial quantities of fresh Bamboo shoots are being seasonally harvested for the Sydney and Melbourne markets.

His appointment to conduct a Bamboo Workshop on cultivation and utilisation and then supply Bamboo plants to the participants is indeed an honour and recognition that the QFRI & The Pacific Islands Forests & Tree Support Programme Directors here in Queensland give to the expertise he willingly shares.

Workshops relative to all facets of bamboo growing & utilisation continue to take place in conjunction with METI & the Dept of Environment & Agriculture on the Island of Samoa.

His 130 acre farm has approximately 65 acres of mature (or near mature) bamboo plants consisting of some 250 species. The species selection acts as a gene bank to preserve both common and rare species that are under the threat of extinction in their local Asian environment. The nursery propagates in excess of 50,000 new plants each year, offering the established plants to individual consumers, farmers and landscapers.

All activities are self funded, initially from funds received from the sale of the wrecking business and as time progresses by income generated from the farm and importation of bamboo in its natural and manufactured form.

As sole director, he enjoys the flexibility and freedom to make decisions without the hindrance of a board of directors or Government/NGO bureaucrats. 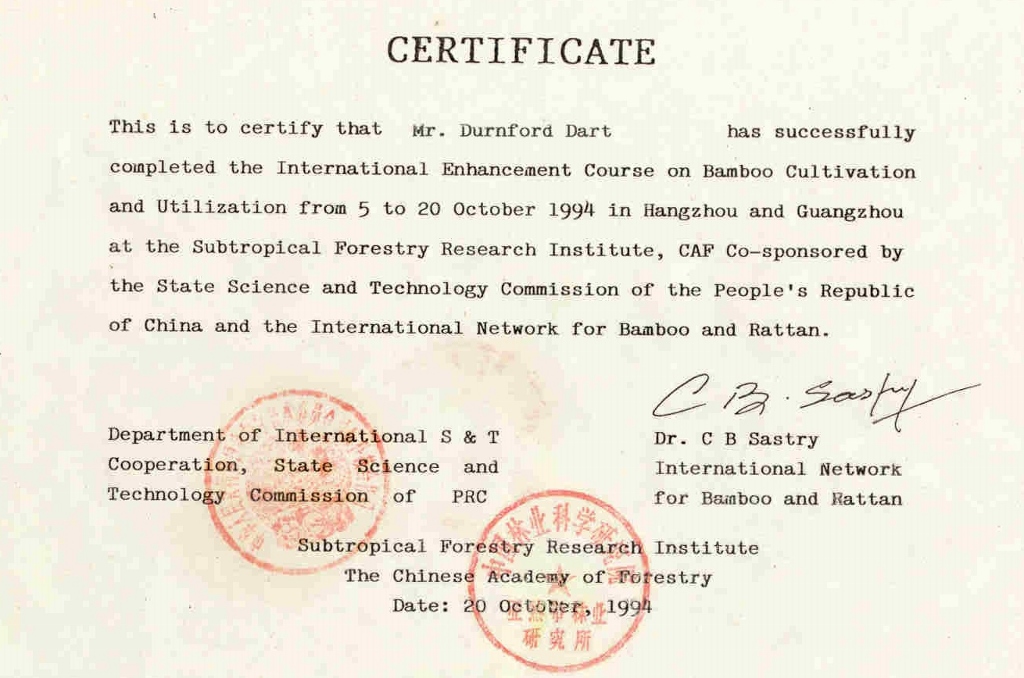 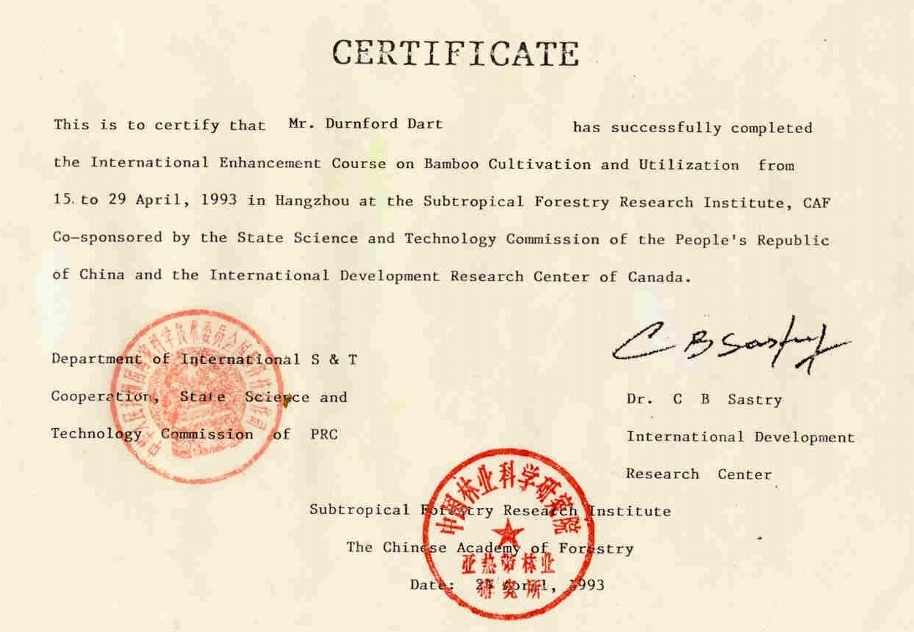 Where is Bamboo Australia?

Bamboo Australia’s “Belli Bamboo Parkland” is situated west of the popular seaside resort town of Noosa Heads on the road from Eumundi to Kenilworth.

If you are using a GPS navigator to get here, please type the address as: 1171 Eumundi-Kenilworth Road, otherwise you will most likely finish up 5 kms away on Skyring Creek Rd.

Travel up the Bruce Highway from Brisbane until you get to Exit 224.
The signage reads Eumundi-Noosa-Kenilworth-Tourist route 22.
Take the off ramp and proceed through the roundabout heading for Kenilworth.
Around 14 kms after exiting the highway on the left hand side of the road one will see
the big “Bamboo Australia” sign in the paddock and bamboo growing along the roadside, start slowing down our driveway is the next on the left.
There is yet another “Bamboo Australia” sign displayed at the entrance which is opposite the Belli Community Hall. Simply drive in and follow the signs to the office or nursery.